Brain With Arteries On Head

Brain With Arteries On Head

The brain is a major part of the central nervous system and is located in the cranial cavity.The human and mammalian brains are particularly well developed and can be divided into three parts: the cerebellum. cerebellum and brainstemThe brain includes telencephalon. diencephalon. midbrain pontine and medulla oblong. There are many nerve nuclei or nerve centers formed by nerve cells. and a large number of upper and lower nerve fiber bundles pass through, connecting the brain, cerebellum and spinal cord, and connecting each part of the central nerve into a whole in morphology and function. The lacunae in each part of the brain, called filled with cerebrospinal fluid.

This model shows the brain structure inside the skull. Two halves brains can be disassembled into: frontal with parietal lobes, temporal with occipital lobes, half of brain stem, half of cerebellum. Dissectible into 9 parts 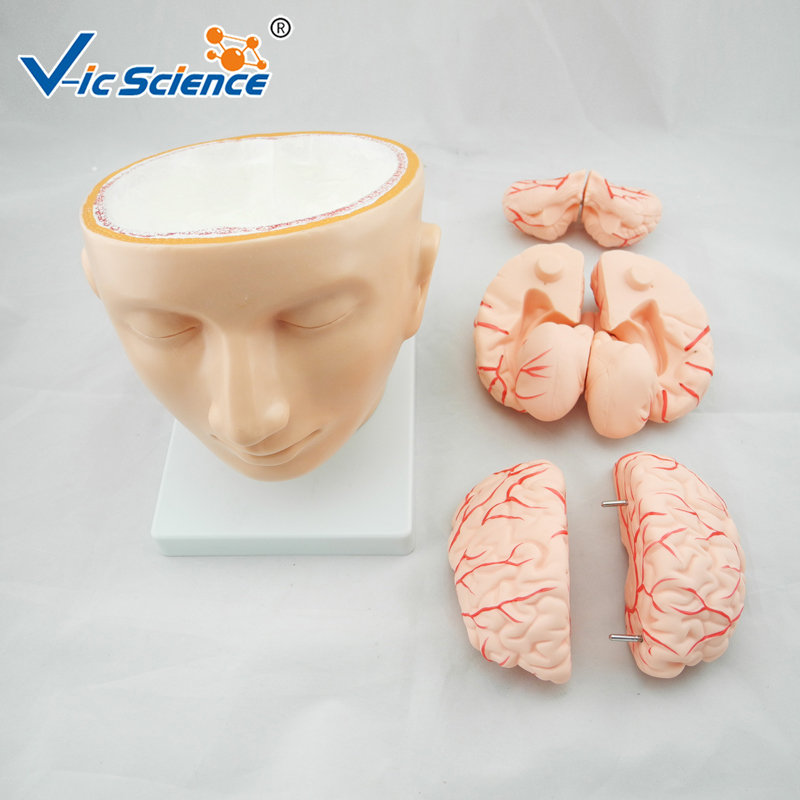