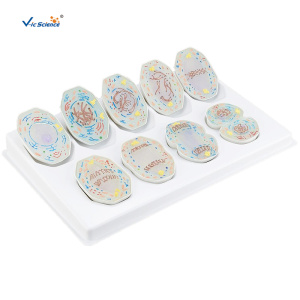 Meiosis refers to the individual sexual reproduction in the process of the formation of reproductive cells of a special kind of split, unlike mitosis and amitosis, meiosis occurs only in the life cycle of a certain stage, it is the biological mother cells mature for sexual reproduction, appear in the process of the formation of gametes split a special way.At fertilization, male and female gametes combine to restore the parental chromosome number, thus keeping the chromosome number of the species constant.

The cell mitosis model consists of 12 components, and nuclear division mainly shows the emergence of chromosomes in the nucleus, through a series of changes, and finally division into two daughter nuclei.The model showed five main stages of the mitotic process: interphase, prophase, metaphase, anaphase, inphase and two new daughter cells.Cytoplasmic division mainly shows the formation of a new cell wall between two new daughter nuclei and the separation of a mother cell into two daughter cells. The nuclear membrane of the cell is completely transparent.The main structures such as nuclear module, nucleolus, chromosome, cytoplasm, spindle and cell plate were also shown in the models at each stage of the whole process of division. 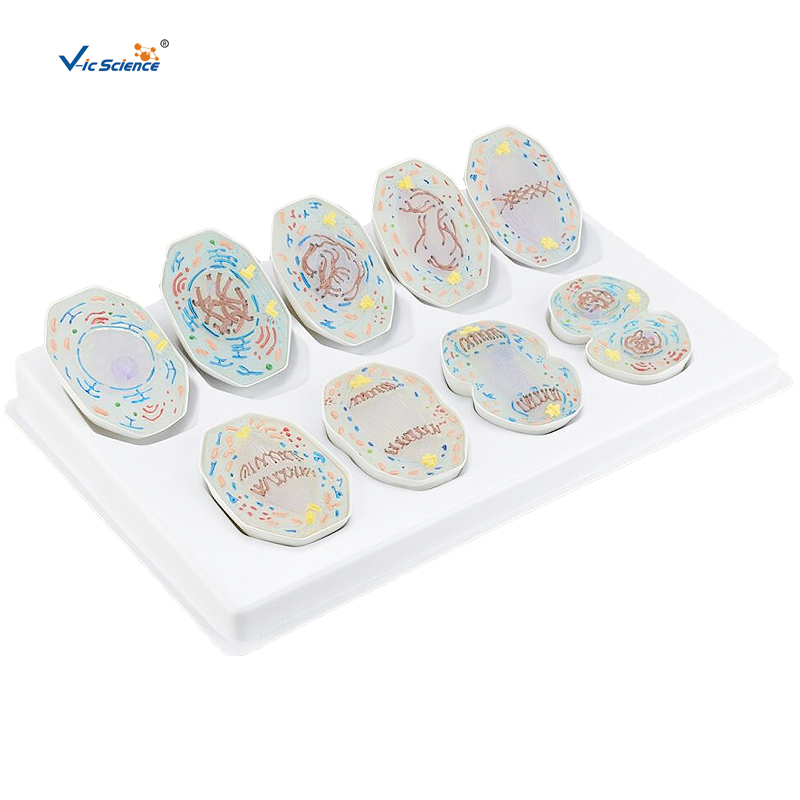